Philippines President Rodrigo Duterte’s war on drugs has human rights activists up in arms and looking for world leaders to send stern warnings to the Filipino leader. Advocates criticize and cite the violence and unnecessary loss of lives via the extrajudicial killings (EJK) of suspected drug addicts as grave abuses and inhumane.

Duterte has encouraged vigilantism towards drug addicts, pushers and illegal narcotic manufacturers, causing critics to protest vehemently that the encouragement has empowered law enforcement officers to execute suspected offenders.  The president’s rebel attitude towards any of his detractors has not helped his cause with Human Rights organizations and has instead further strengthened demands for the Filipino leader to reassess his strategy against drug addicts and pushers.

The advocate criticisms, on a high level examination, have merit and bring to light legitimate concerns.  There is no argument that thousands of Filipinos – innocent or not – have lost their lives in the last twelve months. Some were hardened criminals and some were simply, addicts.  Aside from the indiscriminate killings, the Human Rights activists are incensed that the victims of these vigilante groups never had an opportunity to prove their innocence before they were gunned down and silenced forever.  On top of this, there have been reports that these groups chose victims that were considered suspects with no proof other than word of mouth.  How much of this is true is open to discussion.

Duterte’s high ranking officers have also not done the president any favors in the positive global media department. Comments such as the following have sent alerts to the National Security Departments of all Philippine allies. According to General Rolando “Bato” Dela Rosa, it is more prevalent for drug addicts to be killing each other than police officers being involved in executions. The drug suspects killed by police were, as per Dela Rosa, violently resisting arrest or part of a legal law enforcement operation. News reports and first hand accounts from bystanders witnessing shootings, portray a very different story. It should be noted that Dela Rosa is the same man who advised drug users to shoot drug lords, so his rebuttal ranks as high as his credibility.

The human rights advocates, meanwhile, aren’t buying what the cops say on many variables including what they call the “humane level”. In their eyes, everyone, including addicts, have rights and Duterte’s war on drugs deny those rights.

Now, this is where all this gets confusing, yet interesting.  The nation of the Philippines does not have an abundance of addiction centers nor do cities receive huge amounts of tax dollars to rehabilitate drug addicts.  Duterte had to find money to hire more police and raise the salaries of those already on the force.  Police officers, for the longest time, barely survived on the salaries offered by municipal government.   The country looks good on the outside; economy is growing etc… but in reality, the cities have been a cesspool of crime.

So, let’s consider the flip side of the Human Rights argument. If drug addicts have become increasingly responsible for crimes such as rape and murder, are they not encroaching on the rights of law abiding citizens to live in a crime-free society? The crime rate in the Philippines over the last decade has been frightening and has everything to do with the endemic of drugs on Philippine streets.

Shabu is the most prolific illicit drug in the barangays across the Philippines.  In 2009, the Philippine Star reported that more than 90 percent of the barangays in the metro Manila area were drug-affected neighborhoods, meaning they not only had users but they also housed distributors, shabu drug dens, or manufacturers.   That’s not a little problem, it’s a plague and it’s a plague that has to be eradicated.  Consider the following:

If ISIS was attacking your cities, towns and villages every hour of every day, you would cheer when one or more of their soldiers were killed.  The Philippines has been under attack from drug lords and pushers for over a decade and they were winning. Duterte has declared war on them and is making ground, yet human rights advocates are against him.  Is this not a hypocrisy?

Long before he became the president, Duterte served two decades as mayor of Davao City, in the southern region of the Philippines. Even

then, his stance on drug addicts was the same but to his credit, Davao City is now considered one of the top ten safest cities in the world. He believes that junkies, specifically those addicted to shabu or meth, are no longer in their right frame of mind. For Duterte, they are menaces to society and only a slim number of these individuals rehabilitate themselves with successful results.

“You must remember that those who are already in shabu for almost one year, they are dead. They are the living, walking dead. They are of no use to society anymore,” he said in 2016, two months after he unleashed his war on drugs as Philippines’ President. “These human rights (advocates) did not count those who were killed before I became President. The children who were raped and mutilated [by drug users],” he again retorted, while asking human rights advocates how they defined a “human being.”

In a 2000 paper, author and educator on alcoholism and drug addiction, Doug Thorburn, wrote that many known terrorists battled with drug addiction before they ended up committing mass murders. Hitler or Charles Manson could have had severe chemical imbalance in their brains due to their substance abuse problems.  This doesn’t mean all junkies will eventually commit serious crimes but history shows us, as per Thorburn, that drug addicts have “terrorized” their families and those who love them. They lie, steal, abuse and exhibit destructive behavior traits, according to Thorburn.

The shabu problem has also made front page news in countries like Australia. “Prisoners tell me frequently that ice (or meth, or shabu) is extremely addictive; even one usage can lead to an addiction and the effect on that person who uses it, their families and the victims in the communities is disastrous,” Frances Nelson QC of Australia’s Parole Board said.  South Australian Senator, Nick Xenophon, has considered revising their criminal laws to allow police officers and courts to treat people addicted to meth, ice or shabu as terrorists.

One of Duterte’s biggest critics on his war on drugs was ex-U.S. President, Barack Obama.  The American leader had different sentiments towards how drug addicted addicts junkies should be regarded and or treated. For Obama, drug addiction is not a criminal problem but instead, a public health issue. Thus, drug addicts should be provided treatment instead of arrested for using illegal substances. “The way we have looked at cigarettes as a public health problem, and traffic fatalities as a public health problem, if you take the same approach here, it can make a difference,” Obama said.

Obama’s criticism of Duterte, however, was seen as hypocritical; that beyond concerns for human rights violations, the U.S. was prompted to call out the Asian leader as it needed to fortify its political influence over the Philippines (noted by geopolitical analyst Tony Cartalucci). He cited that even as U.S. chides Duterte for his stance on drugs, the world’s most powerful nation supplies billion dollars-worth of weapons and machinery to Saudi Arabia in its war against Yemen. Amnesty International (AI) even called out Obama’s government’s “deadly hypocrisy” in flooding Saudi Arabia with weapons for killing its neighbor.

Almost in tandem with Obama’s remarks, Amnesty International released a 68-page report citing EJK in the Philippines as crimes against humanity. Pundits, however, say AI’s report can be seen as a demolition job. According to the independent news source, GeoPolitics, if funded with the right amount of money, the organization bias belies its true agenda.  This is not the first time that critics have accused Amnesty International of making illegitimate claims.  Australian Immigration Minister, Peter Dutton, recently lashed out at AI for meddling in government affairs.

The U.N.’s Human Rights Council (HRC) is also another Duterte critic but its moral authority is quite complex. Members of the HRC’s 47-seat, apart from Philippines and the U.S., include Saudi Arabia, United Arab Emirates, Ethiopia, China, Cuba, Venezuela and Egypt. All these countries have committed human rights violations of its citizens including child trafficking, slavery, stoning adulterers to death, detention and torture, and curtailing the freedom of the press.  It’s mind boggling, wondering how any of the above countries have been allowed to sit at any council meeting.

To add, China has been accused of Human Right’s violations for decades yet when was the last time any of us heard of sanctions against China?  It is fine and dandy to cry foul and make accusations but to make an about face and “suck up” to the country you’re accusing is the purest definition of hypocritical.

President Richard Nixon coined the expression, “war on drugs” in 1971 when the White House decided to protect American youth from drug dealers. Billions of dollars later, the drug problem has not diminished. Instead, it has spread worldwide and remains a major issue in almost every nation on the planet.

In 2012, the U.N. said the Philippines had the “highest abuse rate for methamphetamine hydrochloride or shabu in East Asia” but its government leaders, at the time, did little to curtail the problem. While rehabilitation and decriminalization of drugs is what most human rights advocates want for addicts, it’s a concept only applicable to western, liberal nations like the U.S. or most countries in Europe.  The Philippines, with a population of over 100 million, does not have the tax remittance nor the infrastructure to accommodate addicts.

Much has been said about Portugal’s drug addiction strategy, where addicts are cited for administrative offenses and not criminal offenses, and then sent to state-sponsored rehabs. The one difference between Portugal and the Philippines is that the latter’s GPD would never be able to sustain expansive drug treatments for nearly 4 million drug users, 50 percent of which are shabu addicts. Hence, support for the decriminalization solution from western liberals is a non-starter and obviously put forward by individuals with little knowledge of the Philippines.  The poverty level in the Philippines is incredibly high and is the case around the world, drugs are a fact in life in poverty stricken neighborhoods.  The same cannot be said about Portugal or most European nations.

Meanwhile, Duterte won’t likely bow to his critics nor change his stance against meth addicts.  His recent comment about beheading HR advocates is a warning if not simply disturbing. He’s handling his countries sovereign affairs as an elected leader who promised to rid the streets of the menace. Given his sky-high approval ratings, it seems Filipinos consider his war on drugs as the best means.

Last but worth noting; China, the country accused of so many human rights issues, is also the biggest supplier of illegal drugs to the Philippines.

Inquirer: ‘Junkies are not humans’ http://newsinfo.inquirer.net/810395/junkies-are-not-humans

Washington Examiner: ‘The UN is a hypocrite on human rights’ http://www.washingtonexaminer.com/the-un-is-a-hypocrite-on-human-rights/article/2610492

Get Real Philippines: ‘Forcing a western style liberal approach in solving the Philippine drug menace may not work for us’ http://www.getrealphilippines.com/blog/2016/08/forcing-western-style-liberal-approach-solving-philippine-drug-menace-may-not-work-us/

The End of Call Centres Will Devastate Manila and Philippines 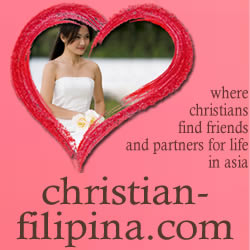